A BLOG ABOUT A LITTLE BIT OF EVERYTHING

From Novel to Film: A Book and Movie Pick

While taking a break from all this thesis work, Brendan and I stumbled on a filmed titled Never Let Me Go based on the novel (published in 2005) of the same name by Kazuo Ishaguro. It was surprising to me that I had never heard of the novel not only because I read and loved Remains of the Day by Ishaguro, but also because it is speculative fiction/science fiction, which definitely falls into one of my favorite fictional genres. As for the movie, it stars Carey Mulligan and Keira Knightley (one of my favorite actresses), so it also surprised me that this film, which was released in 2010, had been so off my radar. Of course, as Brendan points out, it was first released in the UK (and Lake Charles never gets smaller budget films), so I suppose it makes sense.

The film is classified as a romance and a drama, and it is those things, but it also paints a portrait of a disturbing world, one that in some ways doesn't seem so much different than our own. The movie begins in the late 1990s, where Kathy is finally confronting the future that has haunted her her entire life. She was made for a very specific purpose, and though she is only 31, she has watched already her two closet friends, Tommy and Ruth, die from fulfilling their "purposes." The present of the film is grim, but then we are taken back to the 1970s, to Kathy, Tommy, and Ruth's childhood at what looks like an ordinary boarding school, until you realize something is not so ordinary at all. As Kathy looks back on her life at school and her adolescence in the free world, the audience is in for a treat. The cinematography is beautiful, the dialogue often unforgettable, the story haunting and devastating. I felt totally engrossed with this film. It left me with so many questions that I had to buy the book the next day.

The novel is 288 pages, but a fast and riveting read. I finished it in two days and couldn't stop talking about it, or reading passages outloud to Brendan. The book gives a much more detailed, intimate view into the lives of these characters. It portrays beautifully and subtly what it means to be human. Specifically how people must cope with the circumstances they are given, how friends save each other, how the mistakes we make can lead to irreparable damage, and how time and our knowledge of it influences our lives. This is an emotional, powerful read, which will leave you questioning the world you live in. I haven't been so pleased with a work of speculative fiction since Margaret Atwood's The Handmaid's Tale. A reader must be prepared to indulge in all the little moments that Kathy reveals, but the payoff of taking the journey with her is worth every digression.

Sometimes, I have a "the book was so much better than the film" reaction, but I was very happy with the film adaptation. And while some things were changed, I actually thought some of the decisions made for the screenplay created more tension. I'm a huge fan of the ending line of the film and was quite disappointed not to find it in the novel. This was a good screenplay, on par with the novel to film adaptation of A Clockwork Orange.

If you are looking for a great pick for movie night or a spectacular read (or hopefully both), I recommend both these works wholeheartedly.

Welcome to Lola & Zoe, a blog about creative, fun, and healthy living. Lola and Zoe started in February 2011, when I had the idea to write about everything that interests me, kind of like trail mix, only in a blog. This is our internet home for vegetarian recipes, creative home decor, fun arts and crafts projects, ideas for a healthy lifestyle, book and movie picks, occasional meanderings about fashion and beauty, some personal stories about teaching, life after M.F.A, homeownership, and of course, a few good miscellaneous surprises. I live in west Texas, with my wonderful husband, Brendan, and our two crazy cats, who also serve as the namesake of this blog. Happy reading!
Stacy, Brendan, Lola & Zoe

Keep Up With Us

Let us know what you think, submit questions for our He Said/She Said relationship advice posts, or send us inquiries at lolaandzoeblog@gmail.com 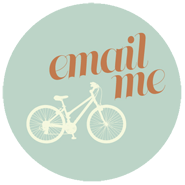